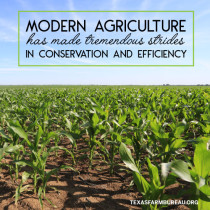 A look back at Earth Day

The Ice Age of 2000 was one of the dire predictions made on the first Earth Day back in 1970. A big concern then was about the planet cooling, not warming. Those forecasts seem comical in retrospect. Few of them happened.

Since the first Earth Day 48 years ago, there have been great strides in protecting the environment. In 1970, the consensus had it already too late. There would be gas masks in urban areas by now and great swaths of the human race would certainly starve.

What happened? Earth Day itself deserves some credit, raising awareness. The prophets of gloom and doom missed the avalanche of progress in food production technology. The population of the Earth has rapidly grown, but modern agriculture has been up to the challenge. Ironically, many activists opposed the advances that now feed most of the world.

There are areas of food shortage, due mostly due to political turmoil and distribution problems. Agriculture can always improve – But it’s feeding the hungry while protecting the planet.