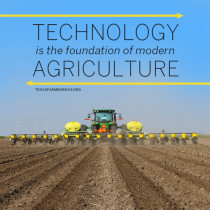 Aside from timely rainfall and good markets, what do farmers around the world really want? The answer is technology—mechanical, chemical and biological.

In India, the desire for biotechnology is so acute many farmers are willing to risk arrest in their protest to secure it. Recently, they took to the streets, chanting “technology freedom” in their quest for modern tools used safely around the world.

Indian farmers know that farmers in nearby Bangladesh began growing Bt-brinjal—we know it as eggplant—back in 2013. With a gene to resist pests and disease, farmers there were able to reduce chemical applications from more than 10 times a year to only one or two. They want some of that in India.

The protesting farmers know something all of us should admit. There is no evidence of any danger to health or the environment with biotech. Back home in America, our farmers don’t have to protest to keep it. But I bet they would.