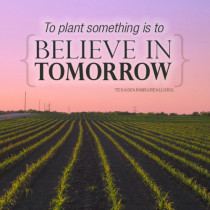 This year is an important year for U.S. farmers and ranchers. What’s the attitude of America’s growers? Are better days ahead?

A recent American Farm Bureau Federation online survey of farmers, ranchers and agricultural industry leaders revealed cautious optimism in 2020 and over the next five years.

Nearly 83 percent of those surveyed expect farm profitability to be about the same or lower this year. This is despite a phase one agreement with China and enhanced trade opportunities with Canada, Mexico and Japan.

Many farmers are cautiously optimistic that these opportunities will turn into higher export volumes and ultimately improved farm profitability. Until then, farmers are reluctant to make significant investments in buildings, machinery or equipment. More than 83 percent of respondents expect to keep their capital investments to a minimum in 2020. Nearly 75 percent were unlikely to expand those capital investments over the next five years.

The outlook from the U.S. Department of Agriculture is more optimistic. USDA recently projected net farm income to rise three percent this year to the highest level since 2014. Higher crop prices are forecast for soybeans, wheat and cotton and higher livestock prices are expected for cattle, pork, dairy and some poultry products.

Let’s hope the agency is right. U.S. farmers and ranchers could use a good year.