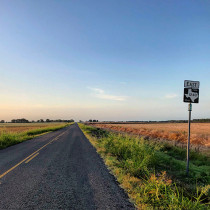 A new report by a national transportation research nonprofit called TRIP provides a roadmap of what’s needed in rural Texas and in rural America. There is a desperate need for road and bridge repairs and for modernization.

The actions will support economic growth and improve traffic safety, but there is a $211 billion backlog in funding for needed repairs and improvements to the rural transportation system.

Farmers and ranchers depend on rural roads, highways and bridges to move their products to market. So does the integrity of our nation’s food supply chain.

In Texas, the report finds the rate of traffic fatalities on Texas’ non-Interstate, rural roads is significantly higher than the fatality rate on all other roads in the state. Texas ranks eleventh highest in the nation. Rural roads are more likely to have narrow lanes, limited shoulders, sharp curves, exposed hazards, pavement drop-offs, steep slopes and limited clear zones along roadsides. Those all contribute to the rate of traffic fatalities.

Rural Americans are more reliant on the quality of their transportation system than their urban counterparts. But the road to improvements could be a bit bumpy.

Addressing the nation’s rural transportation challenges will require a significant increase in investment. But state revenues are down. Decreases in vehicle travel due to the COVID-19 pandemic is estimated to reduce state transportation revenues by at least 30 percent—or about $50 billion—over the next 18 months