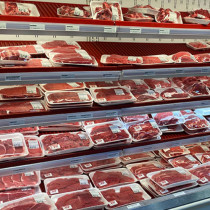 The first bill is called the RAMP-UP Act. It establishes a program to make facility upgrade and planning grants to existing meat and poultry processors to help them move to federal inspection. That’s a big deal. Federal inspection allows them to sell their products across state lines. The grants are capped at $100,000 per facility.

The legislation also requires the U.S Department of Agriculture to work with states and report on ways to improve the existing Cooperative Interstate Shipment program.

The second bill is called the DIRECT Act. It would allow state-inspected meat to be sold across state lines, but only through e-commerce. The bill allows small producers and processors an additional option to directly market to consumers.

The bills are supported by a bi-partisan coalition of lawmakers. We’ll see if Congress has an appetite to push the proposals forward.

The two bills provide added flexibility for direct-to-consumer meat sales. It’s an opportunity for America’s farmers and ranchers to have an additional outlet to market their products to consumers.