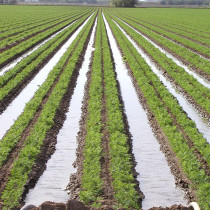 The situation right now is that Mexico is not meeting its obligations.

The International Boundary and Water Commission has requested the government of Mexico take immediate action to deliver water to the U.S. And it’s a lot. Mexico must deliver more than 432,000 acre feet to the U.S. before Oct. 24 to comply with the treaty. The amount exceeds the minimum acreage volume that the treaty requires for an entire year.

Farmers and cities in South Texas rely on this water to get them through the summer. Officials say some irrigation districts will run out of water this year, and municipal water districts are having to expend large sums of money to purchase additional water.

The U.S. is meeting its obligations to delivery Colorado River water. The U.S. Section of the International Boundary and Water Commission is asking Mexico to start releasing more water now to meet the treaty requirements.