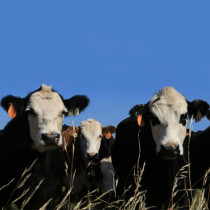 Texas cattle producers are encouraged by the strong sales.

August beef exports were up 21% from a year ago and the second largest volume this year. Export value was up 55%.

A surge in demand from China helped fuel the August sales.

Through August, exports to China increased more than 800% from a year ago in both volume and value. U.S. beef accounts for 5.6% of China’s imports. That’s up from less than 1% last year.

Japan is also a big buyer. August beef exports to Japan were the largest of the year. Volume was up 21% from a year ago, and value increased 79%.

There are many transportation and labor challenges right now to move product abroad, but the U.S. beef industry is working hard to keep shipments moving.

Lone Star State ranchers are thankful the effort is paying off.