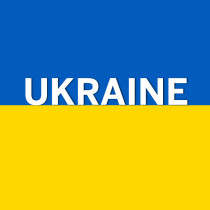 We’re learning more about Ukraine with each passing day.

The yellow and blue flag of Ukraine is directly tied to agriculture. It signifies a golden field of grain with clear skies overhead.

And for good reason. Ukraine is blessed with tremendous farming and forestry resources.

Agriculture is a major sector of its economy. The country is also a key player in global agriculture.

Sunflowers and soybeans are also major crops grown there.

Agriculture occupies over 70% of the country’s land. On much of that land is a super-fertile black soil that’s been described as the richest soil on earth. It is important to the crop growing conditions and high agricultural yields for the country.

Sources in the country say the Russian invasion will impact the spring planting season that would normally start in two to three weeks. Farm exports from Ukraine have also been halted. World commodity markets are reacting to this reality. A war is not a good solution to commodity markets.

Big shortages of fuel and fertilizers in Ukraine are expected. Equipment operators are in short supply because of military demands.

The country is under attack.

Our thoughts and prayers are with farmers, ranchers and all people of Ukraine.