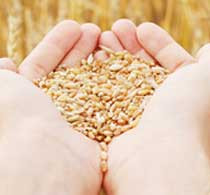 I always keep a close eye on those thousands of folks who want to speak for the “family farmer.” There is a persistent myth that agriculture is held hostage by a malevolent corporate presence.

Apparently, this is very bad. It is also not true.

When folks speak out for the “family farmer,” I want to ask, “Which ones do you mean?”

Are we talking about the very large farmer of thousands of acres on the High Plains, Rio Grande Valley or Gulf Coast? Maybe they mean small cow-calf ranchers in East Texas who also teach school or sell pick-up trucks. Perhaps they are referring to vegetable farmers with smaller acres but big-time risks.

They could be talking about an organic farmer or a more conventional small vegetable farmer who sells at the same farmers’ market. They are ALL family farmers.

Families can endure drought or low price years. Corporations don’t like that kind of red ink on the balance sheet.

Nearly every farm in the nation is a family farm! USDA pegs the number at more than 96 percent! The American Farm Bureau has it at 98 percent.

It’s sometimes hard to tell because farmers, like other businesses, incorporate for tax purposes or form partnerships for a whole bunch of reasons.

Farms can be much bigger than half a century ago…but they are still family-owned.