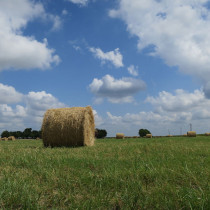 Texas has a “right to farm” law that needs to be strengthened.

The Texas House Committee on Agriculture and Livestock is studying this interim the impact on agricultural operations of governmental and regulatory requirements and practices, including those that prevent or prohibit an activity that is a normally-accepted agricultural practice.

There’s a lot to talk about.

There are several examples in the Dallas-Fort Worth area where cities are using their public nuisance ordinances to prohibit agricultural activities. In one city, grass grown for hay is not allowed to grow taller than 12 inches without the city coming in and mowing the property and sending the bill to the farmer.

Hay bales in some cases must be removed from properties within a short period of time, usually 24-48 hours, to avoid penalties—all in order to comply with city health ordinances.

Some cities are arbitrarily requiring buffer zones of up to 250 feet around the property to be mowed short. That takes significant acreage out of production.

It’s imperative that farmers are given every opportunity to keep agricultural lands that are now inside the boundaries of cities due to urban sprawl in the production of commodities used to feed and clothe the world.

We need to ensure all agricultural operations are protected, not just those annexed after August 31, 1981.

The current law does not require a city to prove an agricultural practice is truly a threat to public health. The standard in current law needs to be strengthened.