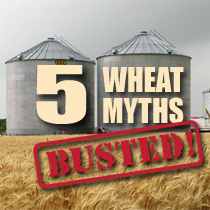 The Whole Grains Council helped me bust some myths. For example:

Should we eat more whole grains? Yes. Should we cut down on processed foods? Probably. Sort through the rubbish and you eventually find kernels of truth.