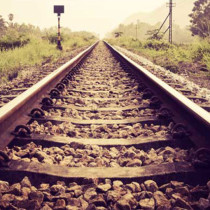 So much of agriculture is beyond a Texas farmer’s and rancher’s control.

Added to the list right now are the low water level of the Mississippi River and a potential rail strike. Both are impacting fertilizer availability and prices.

The river gauge at Memphis, Tennessee, reached minus 8.49 feet last week. That’s up from the low point this year of -10.81 feet last month.

The Fertilizer Institute says cargoes are going up the river about a quarter loaded on barges. A lot of the docks where fertilizer is transloaded into terminals are off the main river. Access to those docks is a challenge.

The threat of a rail strike is also looming large.

The deadline to avoid a strike has been pushed back to Dec. 4.

Ammonia shipments will be impacted five days ahead of time if there is no resolution. That’s because ammonia cannot be stuck in train cars during a strike.

For every day shippers are not able to move product, it takes five to seven days to catch up. And there’s not a lot of long-term storage, according to officials.

Not good for Texas growers, but not there’s much they can do about it, like so much in agriculture.