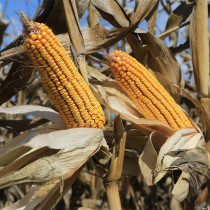 Fair trade with Mexico must be protected

Mexico wants to phase out the importation of biotech corn and agriculture products.

American farmers and farm groups such as the American Farm Bureau Federation reject the idea. They say it breaks the terms of the U.S.-Mexico-Canada Agreement (USMCA). The ban also flies in the face of scientific research.

U.S. growers are encouraging U.S. Secretary of Agriculture Tom Vilsack to press for fair trade between the U.S. and Mexico.

Texas is a significant producer of white corn, along with other states such as Nebraska, Illinois, Kentucky and Indiana. White corn is used for tortillas, chips and other food products. The U.S. exported 1.6 million metric tons of white corn in the 2021-22 marketing year, most of it to Mexico, according to the U.S. Department of Agriculture.

The U.S. shipped a total of 3 million tons of yellow food-grade corn and white corn, combined, to Mexico in 2021. That’s roughly 18% of the total amount of corn sent to Mexico for the year.

This import ban will only hurt the people of Mexico and America’s farmers. Farmers who are dedicated to growing safe and affordable food for families on both sides of the border.

The integrity of the USMCA must be upheld. That can’t happen if the U.S. allows Mexico to ban any forms of genetically engineered crops. All decisions must be based on science.