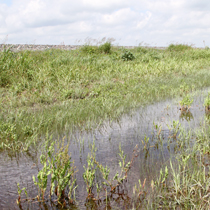 New Waters of the U.S. rule is a step backwards

Texas farmers and ranchers hoped there would be momentum from a new Waters of the U.S. rule from the Biden administration in late December.

There is momentum, alright, from the new rule, and it’s going backwards.

The Environmental Protection Agency and the Army Corps of Engineers are once again subjecting farmers and ranchers to complicated and overreaching regulations.

The rule gives the government sweeping authority over private lands. The overreach could subject farming activities like moving dirt, plowing or building fences to require a federal permit.

Farmers and ranchers share the goal of protecting the nation’s waterways. They deserve rules that don’t require a team of attorneys and consultants to identify “navigable waters” on their land.

The new rule doubles down on the old significant nexus test, creating more complicated regulations that will cause uncertainty on large areas of private farmland miles from the nearest navigable water.

The U.S. Supreme Court is expected to issue a decision on the scope of the Clean Water Act. A ruling in the Sackett case could send Waters of the U.S. back to the drawing board.

It makes no sense for the Biden administration to issue a rule that will only cause more disruption and uncertainty.