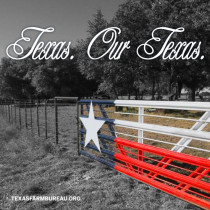 Mexican armies under the command of General Antonio Lopez de Santa Anna raged throughout the southern part of the state. Less than 200 men faced an army of 5,000 at a battered old mission in San Antonio.

Yet a few dozen men gathered at the town of Washington in Central Texas. They signed a document announcing independence from Mexico. They declared Texas a republic. Despite the odds.

Four days later, the Alamo fell. Soon, 300 Texians were executed after they surrendered to an overwhelming force at Goliad. Then, in April, a ragtag army led by General Sam Houston surprised and routed the Mexican army.

Today, we honor those Texans. Their independence. Their fortitude. Their willingness to defy the odds are traits that endure today.

So remember the Alamo. Remember Goliad. And celebrate the vision these first Texans fought for and died to achieve.