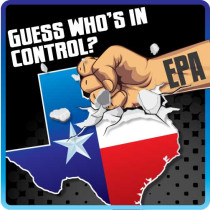 Ruling stops WOTUS, but not in Texas

A few choice words from a North Dakota federal judge that temporarily stopped EPA’s Waters of the U.S. (WOTUS) rule in 13 states.

Unfortunately, Texas isn’t one of them. The rule went into effect last Friday here and in 36 other states that weren’t involved in that lawsuit.

The ruling is encouraging. It’s the latest attempt to block the EPA juggernaut.

This federal order says the WOTUS rule should be stopped nationwide. Not just in the 13 states in the lawsuit. Yet EPA thumbed its nose at the injunction.

By threatening fines for these controlled areas, EPA effectively decides who farms and who doesn’t. Every farmer might need a permit to farm.

It’s a sorry situation. But Congress and agricultural groups like Farm Bureau are determined to stop it.