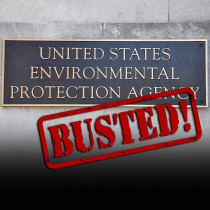 Why are we not surprised?

The Environmental Protection Agency broke the law when it created a social media campaign to promote its Waters of the U.S. rule.

That’s the word from the Government Accountability Office. The GAO called it “covert propaganda.”

It also violated grassroots lobbying laws. It linked the agency’s website to the website of lobby groups that supported EPA’s position.

Agriculture claimed all along the rulemaking process was slanted. The report confirms what everybody knows. EPA doesn’t care what the public thinks. It will do anything to extend its overreach.

And now this. Reports say the EPA communications director who spearheaded these illegal tactics now works at the White House. He’s building support for the president’s climate-change agenda.

I don’t need 140 characters in a Tweet to sum it up. Just #OutOfControl.