Posted on Feb 10, 2014 in Audio, Editorial, Your Texas Agriculture Minute

No matter what side of the fence you’re on, the farm bill works for you.

By Gene Hall   Farmer Curt Mowery has some advice for farmers who might be considering bringing influencers out to the farm for a look at what goes on there:... 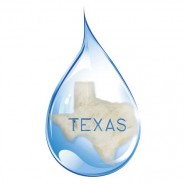 Statement from Texas Farm Bureau President Kenneth Dierschke on the failure of HB 11:

“We are disappointed with the events that resulted in the failure of HB 11 last night which would have provided integral funding in the form of revolving loans...

WACO, Texas—Texas Farm Bureau (TFB) is pleased with Dow Chemical’s decision to rescind its priority call on water in the Brazos River Basin, which would have...